The purchase of this painting includes 2 books about this amazing historical figure.

David Drake, also known as Dave the Potter and Dave the Slave, (c. 1801 – c. 1870s) was an American potter who lived in Edgefield, South Carolina. 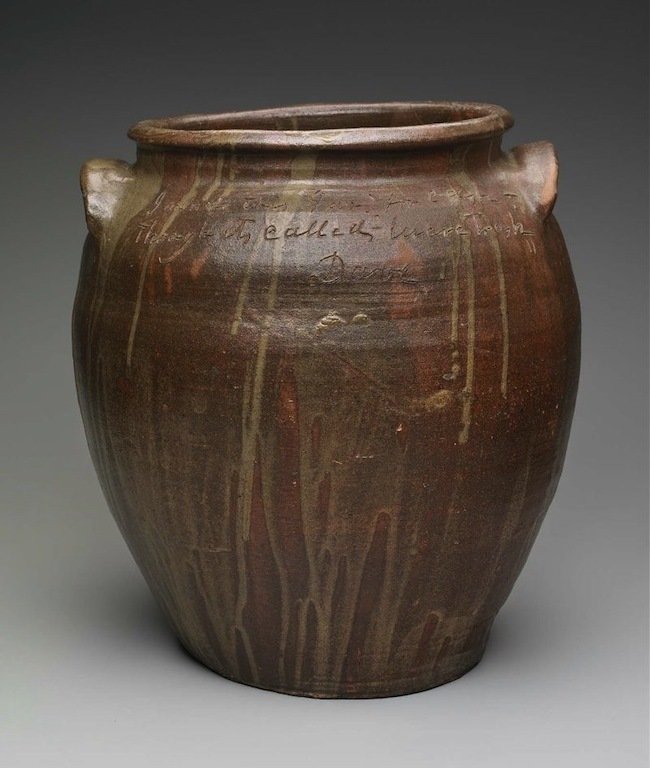 Drake produced over 100 alkaline-glazed stoneware jugs between the 1820s and the 1860s. An enslaved African American, he often signed his works “Dave”. He is recognized as the first enslaved potter to inscribe his work, during a time when most slaves were illiterate, often forbidden from literacy, and anonymous. Drake inscribed his work with poetry, often using rhyming couplets, as well as his signature.

David Drake, “I made this jar for cash, though it is called lucre trash.”